Based in Historic Old City Philadelphia

​“We don’t have time machines yet, but until then, Mitchell Kramer as Benjamin Franklin is the next best thing.

His base of knowledge, poise, and charm, creates a living history lesson for people of all ages to learn about the life and times of the greatest of our founding fathers.”

​“Mitch Kramer doesn’t impersonate Ben Franklin. He embodies him. Kramer captures not only Franklin’s mannerisms and voice, but his way of being in the world, his essence.

Watching Kramer perform, I found myself transported and transfixed.
​When I asked a question, I felt it was Franklin himself who answered.” 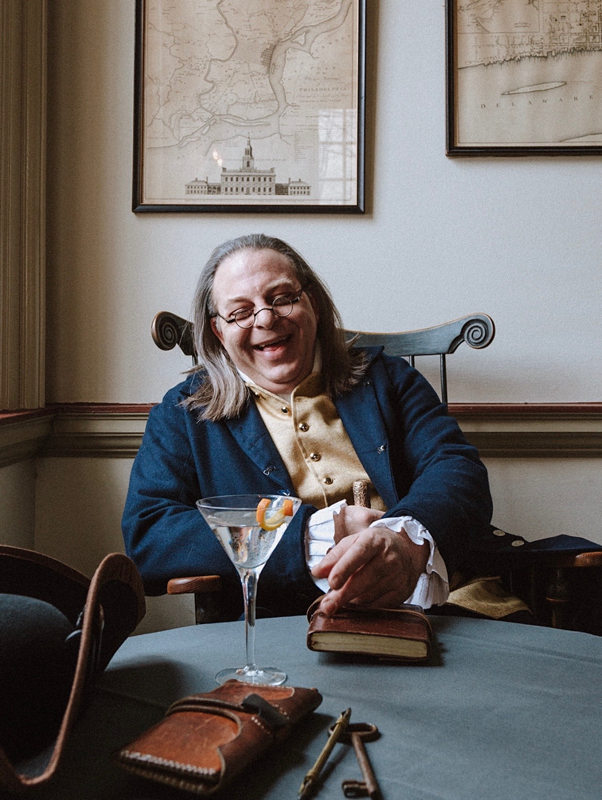 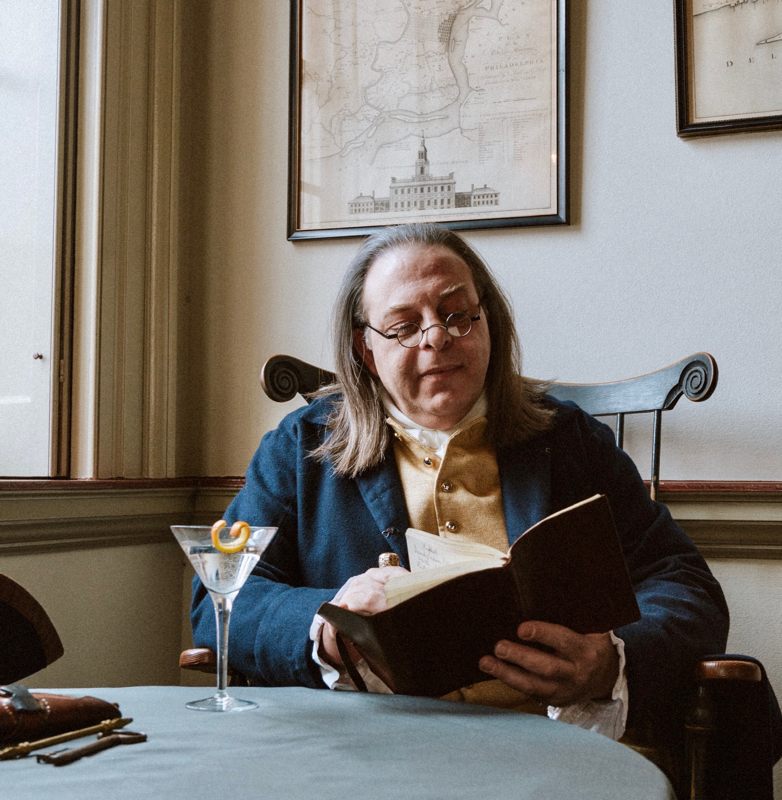 ​“We would enthusiastically recommend Mitchell to anyone who wants a wonderful introduction to our nation's history.” 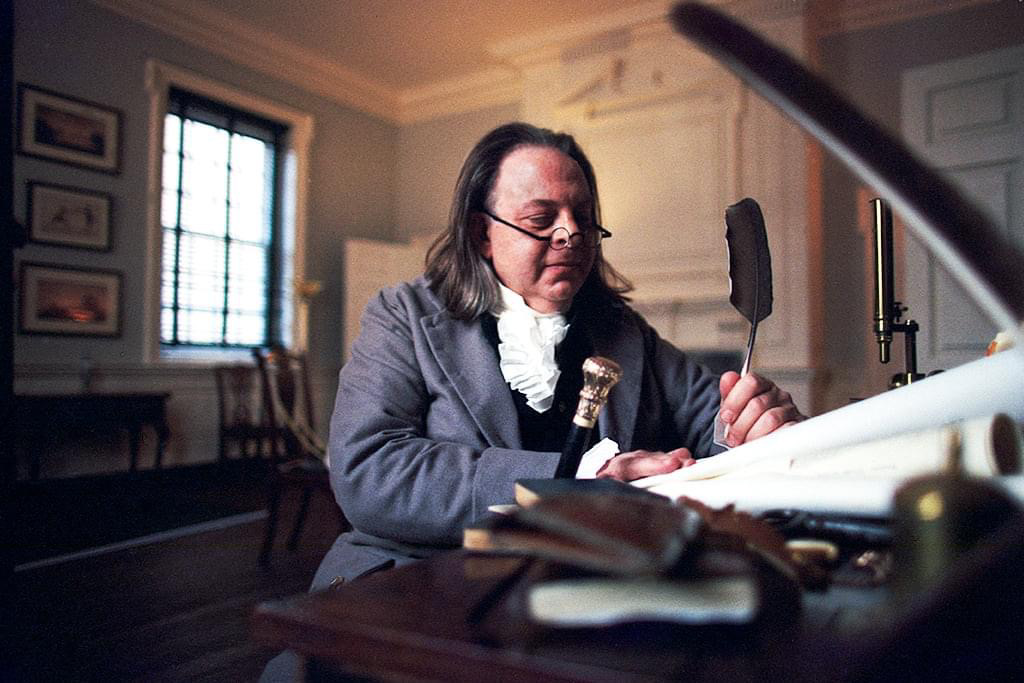 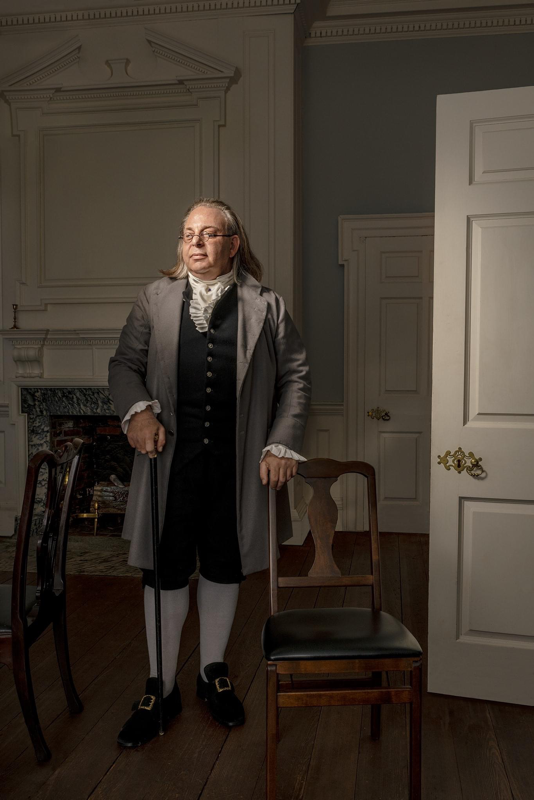 "Mitch Kramer is a standout with his portrayal. His approach brings humor, a vast knowledge and personal connections. He brings Franklin to life!
​
John Hopkins Christ Church Director of Operations
​caretaker of Benjamin Franklin's grave
​

A small collection of Podcasts featuring Mitchell as Ben. 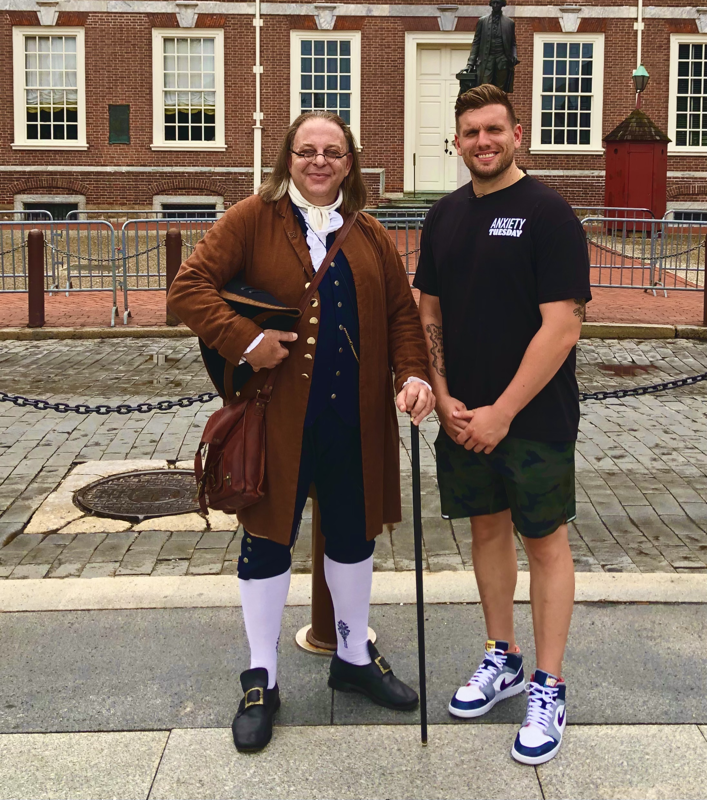 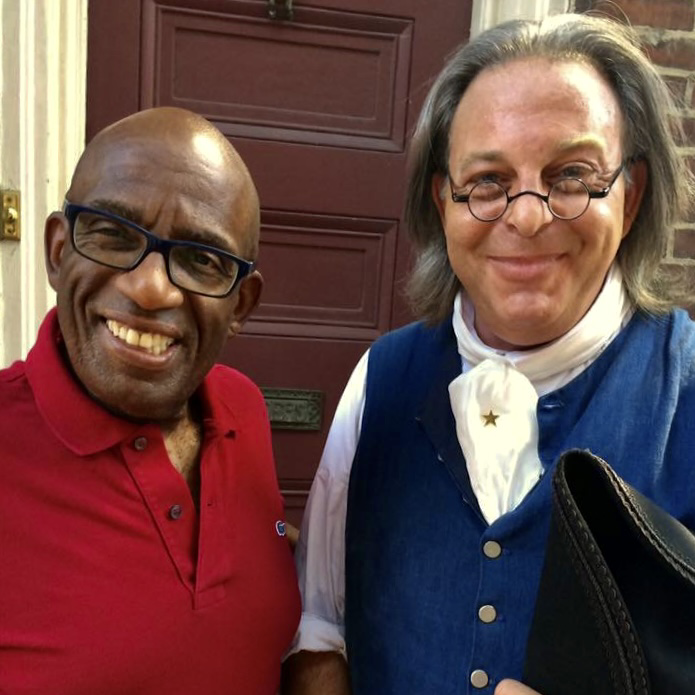 I will gladly recommend you to anyone I know coming to Philadelphia.
It was our favorite part of the trip.
​
​Your energy, enthusiasm and wealth of knowledge kept me hanging on your every word.”
​
Morgan Stanley Wealth Management 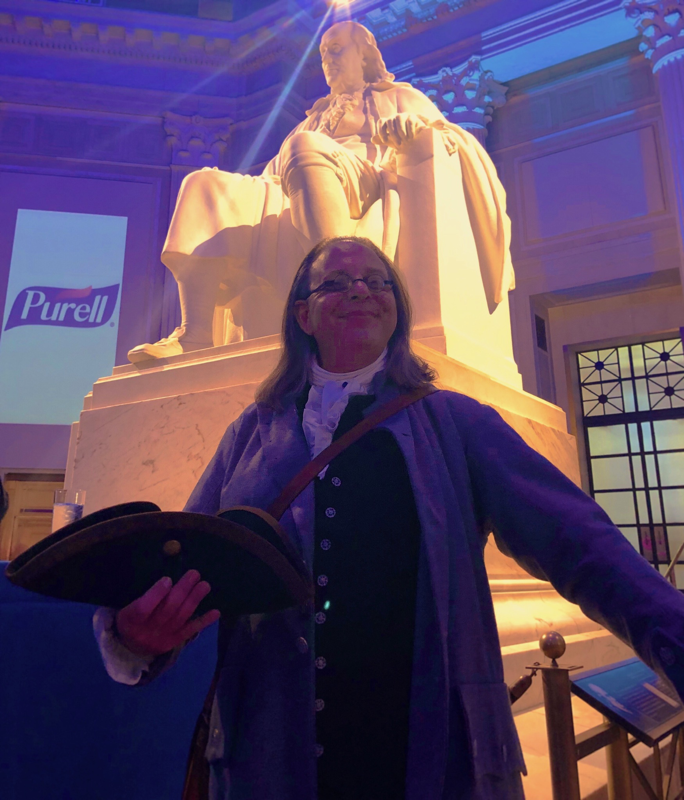 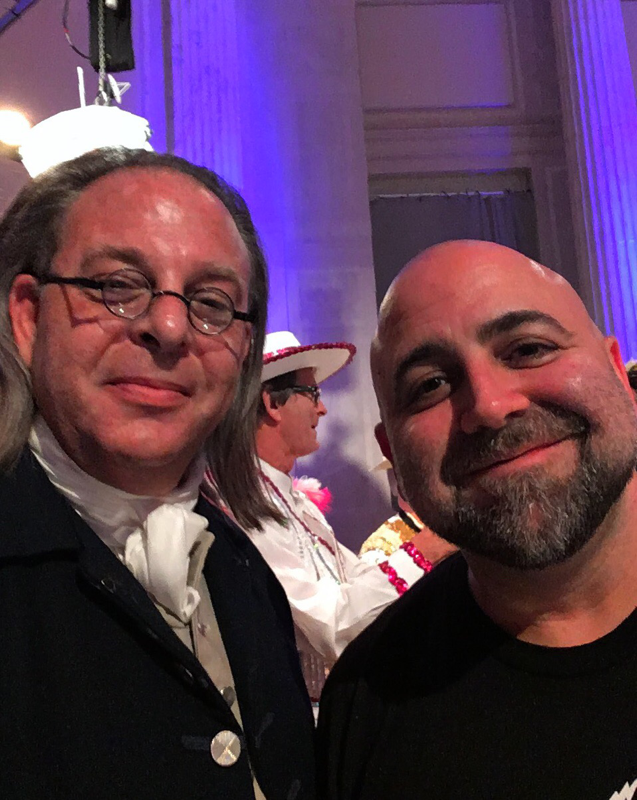 ​“How do you have a Client Appreciation Event at The ​FRANKLIN INSTITUTE
​without Benjamin Franklin?
​
Mitchell was the best! A perfect start to our evening.” 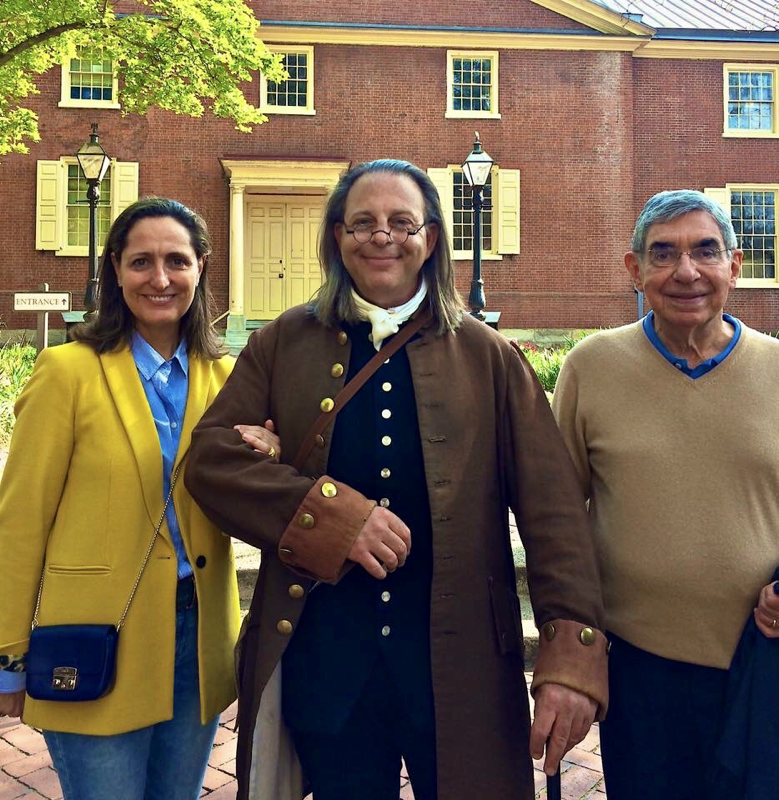 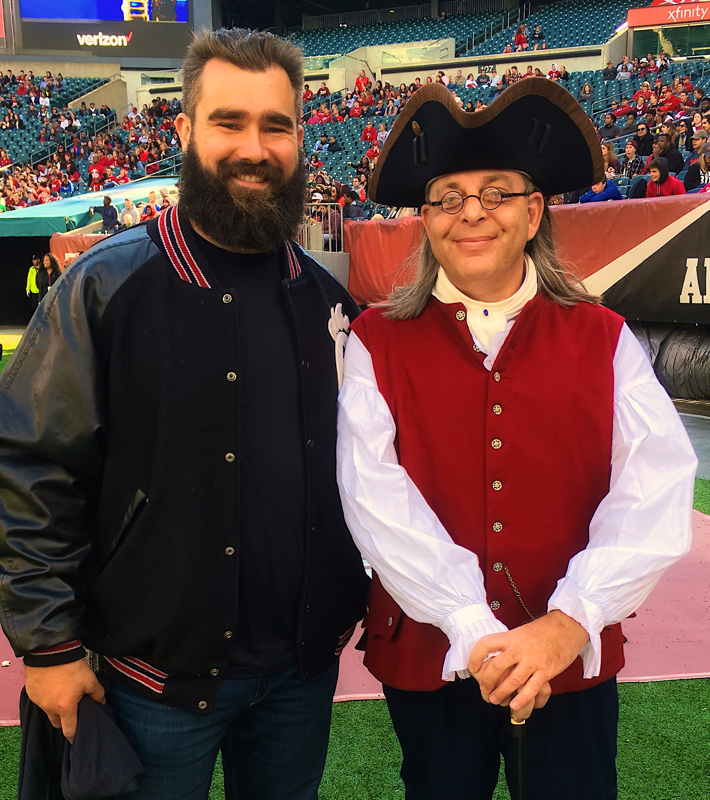 ​Right: Along the sidelines of the Linc with Legendary Philadelphia Eagles Center Jason Kelse.

“Mitchell did a wonderful job performing as Benjamin Franklin for
the University of Pennsylvania Alumni Club of Philadelphia.

​He was extremely knowledgeable and entertaining.
We recommend him highly for any event
as he was a fantastic asset to ours.”