Based in Historic Old City Philadelphia 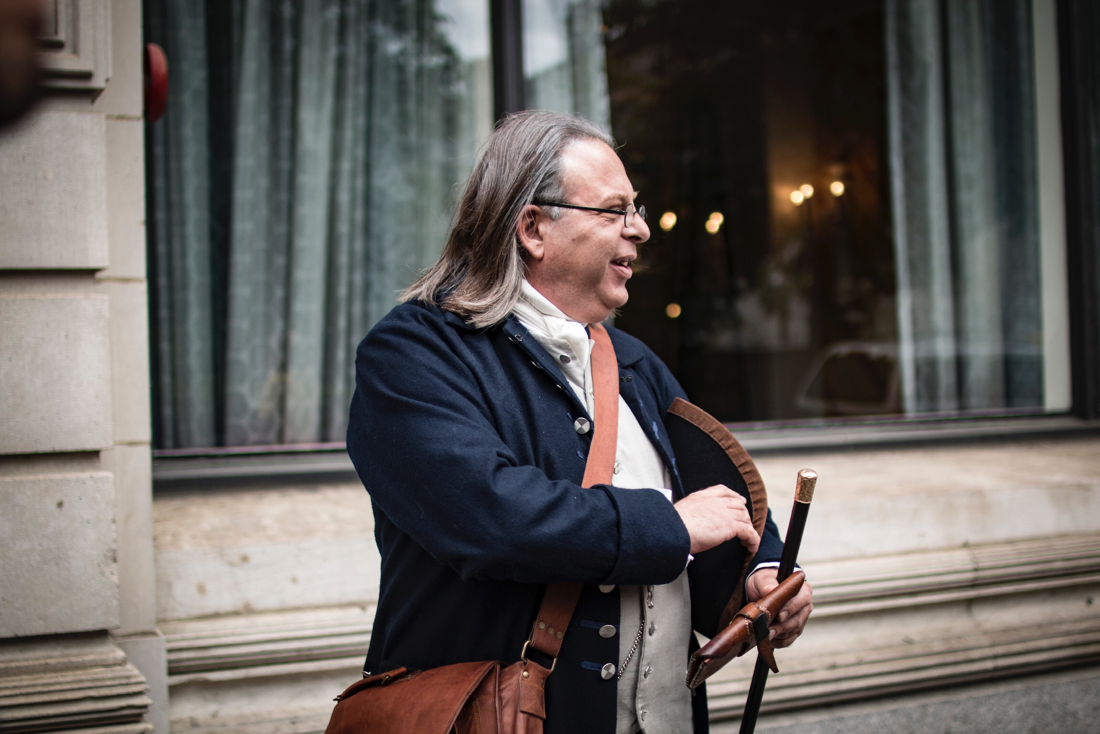 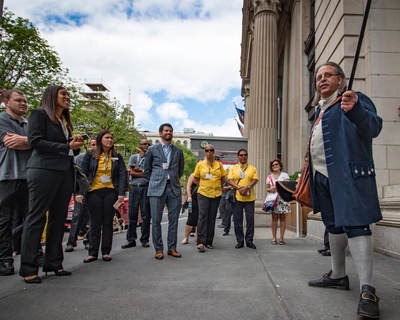 “Our family's historic tour of Philadelphia was a true pleasure.
​Mitchell had a seemingly inexhaustible supply of facts and anecdotes at the ready, all of which gave richer context to both familiar and unfamiliar sites. But even more impressive was his humor and dramatic flair.”
​

Explore Old City Philadelphia and Independence National Historical Park and learn the history of the United States of America with your personal historian and guide,
Benjamin Franklin.

We visit the homes of the citizens of Philadelphia. From an ordinary flag-maker to the President of the United States, and of course Philadelphia's own Benjamin Franklin.
​We learn how anyone can influence world events.

In 1790, George Washington and the new United States government came to Philadelphia. We will see and visit the sites of all three branches of the new republic, as well as our nation’s most iconic building, Independence Hall, where the Declaration of Independence and U.S. Constitution were written and debated.

Independence Hall
Where the Declaration of Independence and the US Constitution were created.

First and Second Banks of the United States

We will visit the early churches, Quaker meeting houses, and a synagogue. This is where religious liberty was conceived. We learn how Philadelphia's founder, William Penn, and his "Holy Experiment" continues to affect our lives.

Of course the tour would not be complete without a glimpse of the enduring symbol of our nation's quest for equality and freedom, 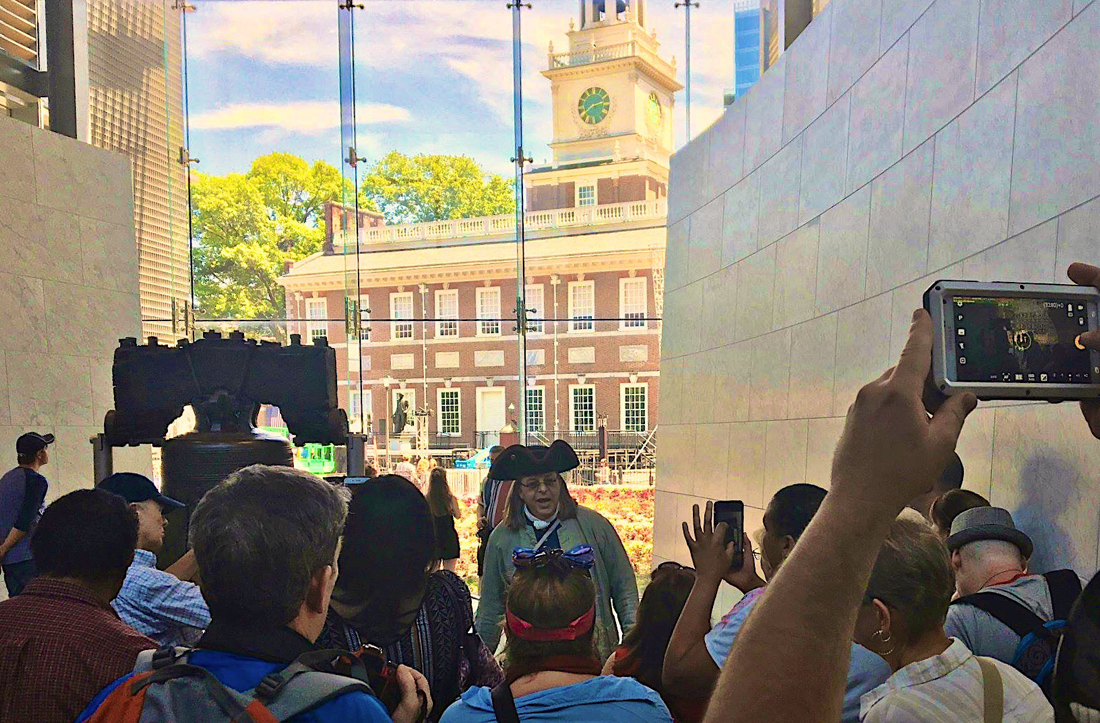 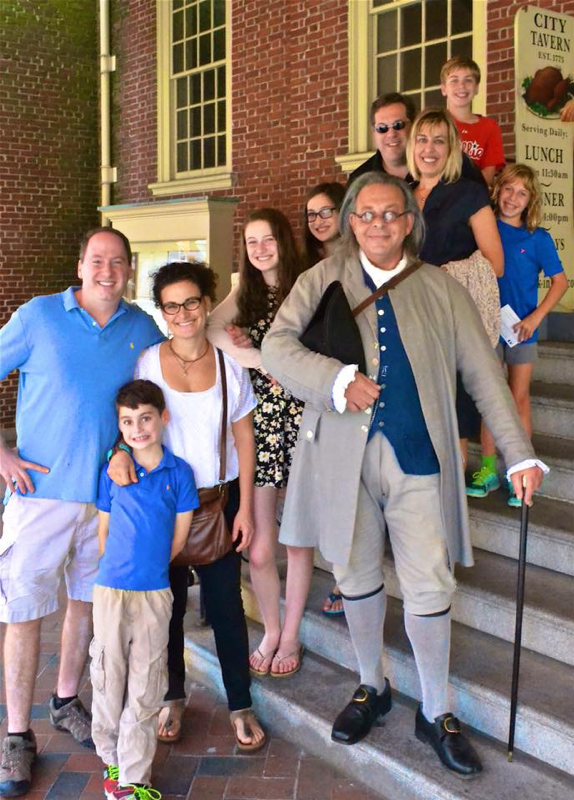 ​
Mitchell did a wonderful job performing as Benjamin Franklin for the University of Pennsylvania Alumni Club of Philadelphia. Everyone including adults and children in attendance thoroughly enjoyed the interaction. He was extremely knowledgeable and entertaining. He incorporated facts about our university in his presentation that were enlightening. His enthusiasm and realistic portrayal kept everyone in the audience engaged and interested. We recommend him highly for any event as he was a fantastic asset to ours.
University of Pennsylvania Alumni Club of Philadelphia

Our family's historic tour of Philadelphia was a true pleasure. Mitchell had a seemingly inexhaustible supply of facts and anecdotes at the ready, all of which gave richer context to both familiar and unfamiliar sites. But even more impressive was his humor and dramatic flair. I wish I had taken notes...and we were in stitches from beginning to end, even as we learned a great deal... every statement actually made a useful point, added to our enjoyment, or demonstrated spontaneity and passion. Plus, Mitchell kept our kids' attention for two hours, which is no small feat. We would enthusiastically recommend Mitchell to anyone who wants a wonderful introduction to Philadelphia's - and our nation's - history.
Mayor Noam Bramson

Mitchell was fantastic -- really, I was so incredibly impressed by him. His knowledge of history, command of language, and sense of humor are quite something. We had a great time, learned a great deal, and laughed a lot.
Catie Stern

Kramer has a wealth of historical knowledge, but he works his crowd, so there's no fear of him going into dusty details.
Philadelphia City Paper

This could be considered just one of the coups achieved by Mitchell Kramer...He's spent almost an entire season telling stories about historic Jewish characters and religious freedom to the hundreds of tourists - and the just plain curious.
Jewish Exponent

My sister and I didn't know much about US history before spending a day in Philadelphia earlier this year. Mitchell gave us such an intriguing overview of the city during our guided walk. We went away totally enthused and with countless ideas about further reading and research we wanted to do! It was obvious that Mitchell had a real passion for the city -and US history.
Cheers, Kate & Anna (Australia)

The tour guides, first person interpreters, ticket salespersons and even our curatorial staff have all expressed to me that they enjoy working with Mitchell.
Betsy Ross House

We recommend Mitchell as someone informed about the history, and very good working with visitors who have come to learn about early-American history.
Christ Church Preservation Trust 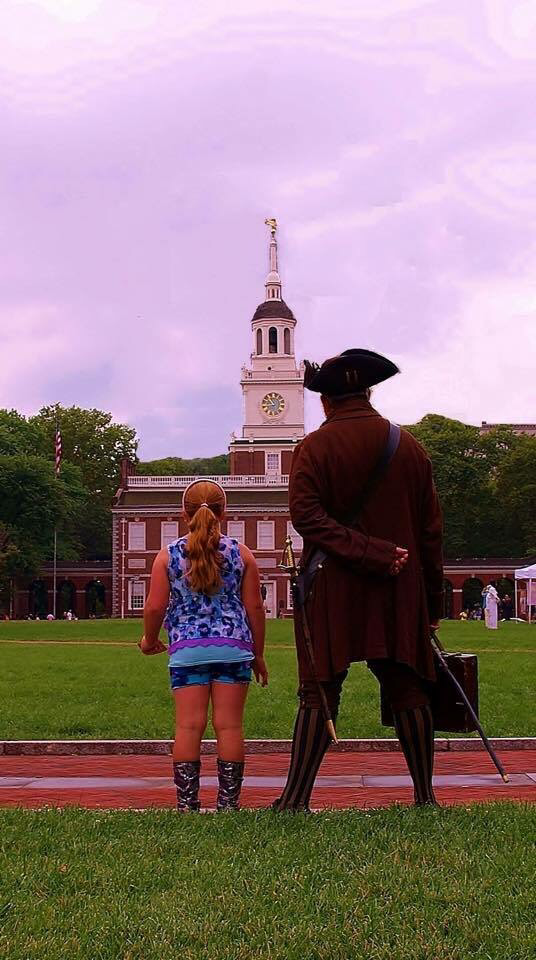